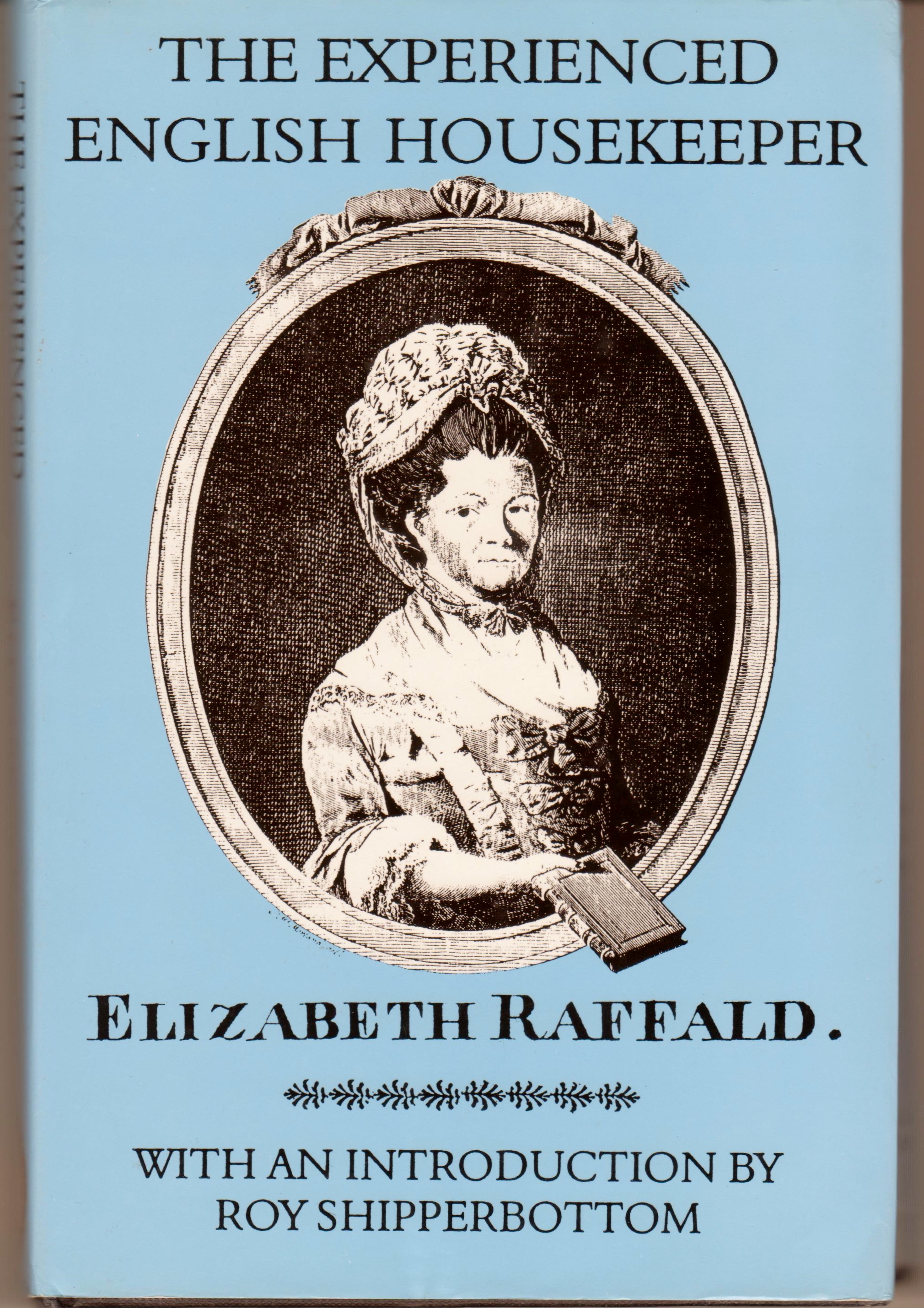 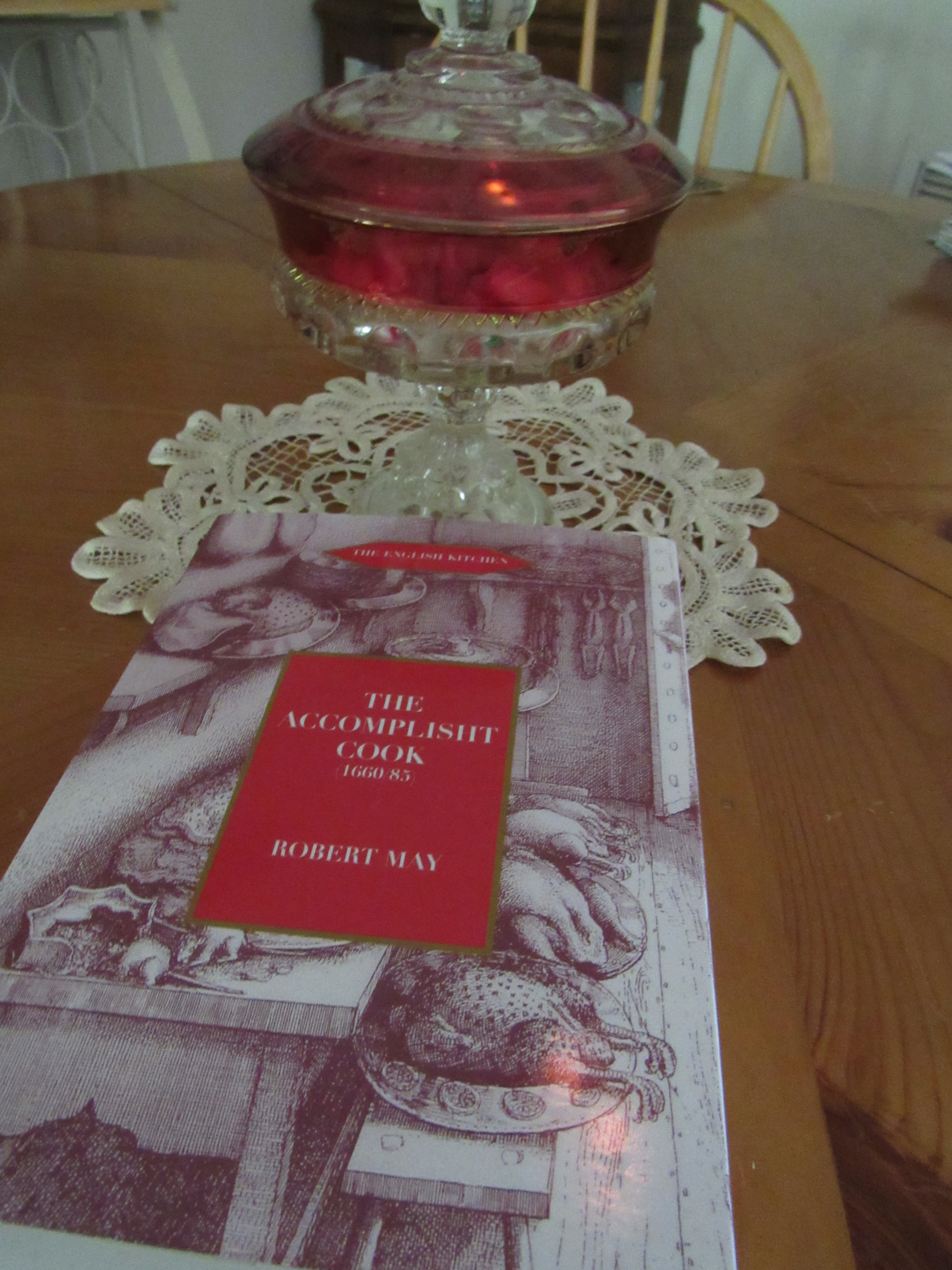 I enjoy cooking shows, and was a fan of the Two Fat Ladies. In series 2, Clarissa Dickson Wright made a salmon dish based on a recipe from Robert May’s cookbook. Her version of the recipe is included in THE TWO FAT LADIES RIDE AGAIN, written by Clarissa Dickson Wright and Jennifer Paterson. During the episode, Clarissa gave a little information about Mr. May which intrigued me. Since I also enjoy old cookbooks, when I ran across a facsimile of Mr. May’s work, I ordered it and it arrived today. I’ve learned that he was born in 1588. His father was cook for Lord and Lady Dormer, and taught Robert how to cook. Robert was sent to Paris by Lady Dormer, where he studied cookery for five years before returning to become cook in the Dormer’s kitchen under his father. After several years passed and Lady Dormer died, Robert went on to cook for other nobility. He died in 1664.

Mr. May’s cookbook, THE ACCOMPLISHT CHEF OR THE ART AND MYSTERY OF COOKERY was first published in 1660 in London. He was chef for noble households (primarily Catholic) during the reign of Charles I, the English Civil War and Parliamentary era, and into the reign of Charles II. In today’s terms, Mr. May was something of a celebrity chef. Robert’s cookbook is very large, and includes his own recipes (as well as some borrowed from others, to whom he apologized). I obtained a copy of the 5th edition published in 1685, which is pictured above. The cookbook was dedicated for the use of master cooks and young hopeful cooks. It addressed carving and serving, and contained bills of fare for each season and special days, The recipes were arranged in alphabetical order and the book contains a useful table of contents.

In perusing Robert May’s cookbook, I was able to find a recipe that I believe may be the one which inspired Clarissa Dickson Wright’s adaptation. (It must be said that hers, being geared for the modern cook, seems simpler to prepare as quantities are clear and it is designed for 4 people.) It involves cooking a thick cut of salmon from the middle of the fish in red wine with slices of orange, orange juice and spices and served with toast points. I have not yet attempted this dish, due (in part) to the logistics of acquiring the right cut of fish in my area. However, it sounds very different from other salmon recipes I’ve seen and I want to try it. It could be a delicious dish for a special occasion dinner. Robert May’s cookbook itself is another treasure, with its insight into another era.

May, Robert. THE ACOMMPLISHT COOK OR THE ART AND MYSTERY OF COOKERY. A facsimile of the 1685 with foreword, introduction and glossary supplied by Alan Davidson, Marcus Benn and Tom Jaine. 2012: Prospect Books, London. Reprinted 2018. (See recipe on page 232.)