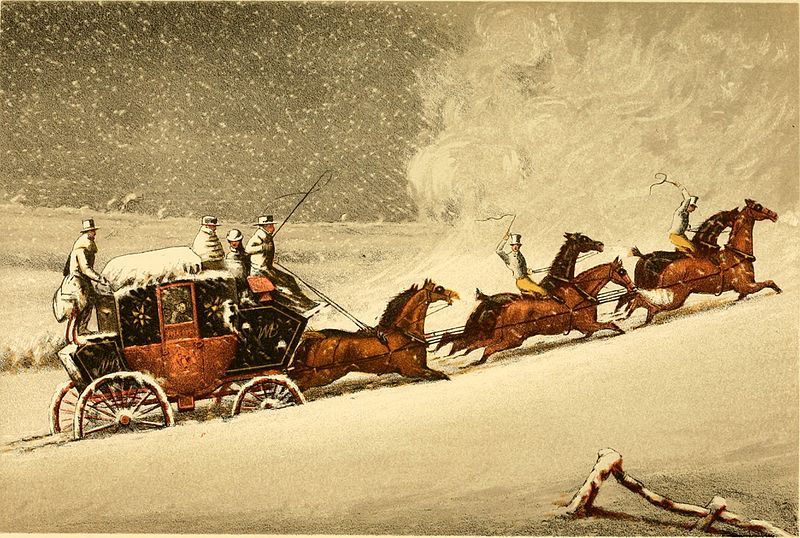 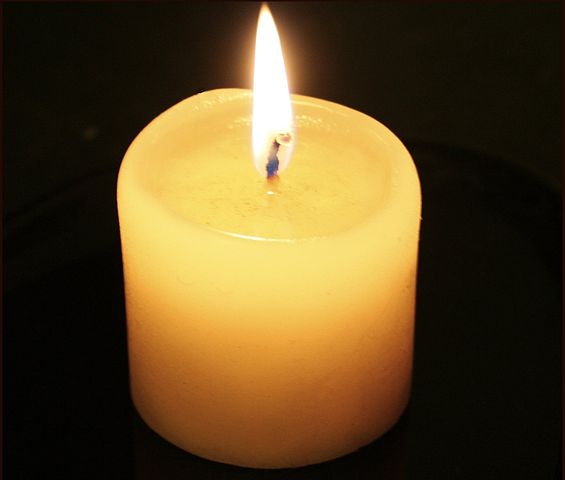 We are in for a great treat. Anna Belfrage, fantastic author, has released the sixth book in her Graham series, Revenge and Retribution. Set in colonial in Maryland, she has taken her characters and their story into new territory. Today, she gives us some background for the situation in which Matthew Graham finds himself. We also have an opportunity to take a peek!

In the 17th century, people were very much defined by their faith. Europe had splintered into a Catholic part and a Protestant part, and being a Catholic in Protestant England was as uncomfortable as it was being a Protestant in Catholic Spain. In both cases, unfortunates could be submitted to gruelling interrogations and torture, as the presumption was that people were more loyal to their faith than to their country.

The Civil War in England added further divides to the issue of religion: being a Protestant was no longer enough, now one had to be the “right” sort of Protestant, which as per the Westminster Assembly in the 1640’s was to be a Presbyterian (the assembly was very influenced by the Scottish Kirk). Not a unanimous opinion, and once Charles II was safely restored, the only right Protestant was an Anglican, while Presbyterians were persecuted. The one thing Presbyterians and Anglicans had in common was their hatred of the Catholics, who ended up at the bottom of the dog pile no matter who was on top.
Not everyone was as narrow-minded as the various church representatives. Some (and I’d include Charles II here) felt faith was very much a personal issue, not something to be meddled in by the state. And one man decided to do something about all this persecution, sickened by what his co-religionists were subjected to. It helped that the man in question was a peer, filthy rich and endowed with a colony of his own…

Lord Cecilius Calvert was gifted with the colony of Maryland in 1632, this despite the loud protests from neighbouring Virginia. Calvert was a Catholic, and in retrospect it is rather amazing that he was given the colony, but Lord Calvert senior had always been a loyal servant of the crown, and Charles I held no major beef against Catholics – after all, he was married to one. Lord Calvert senior died before the grants came through, and so it was Cecilius who became first proprietor of Maryland.

Now a colony without colonists was not much good to anyone, and Calvert could not hope to populate his new lands only with Catholics. He needed intrepid settlers, no matter faith, and besides he was not all that convinced that there was any major difference between a Protestant and Catholic – after all, both believed in God, Jesus and the Holy Spirit. Calvert therefore decided that in his colony everyone was welcome – as long as they held to one of the Trinitarian faiths.
This was a very novel approach. In Virginia, the powers that were preferred Anglican settlers, even if they received boatloads of deported Presbyterians as indentured workers. In Massachusetts, there was a clear preference for Puritan (Presbyterian) settlers. (To pre-empt any discussion about Puritans contra Presbyterians, let me just say that both are Calvinist creeds and that the influence of the Scottish Presbyterian Kirk on Puritan beliefs in the 17th century was huge) In fact, the approach was so novel that potential settlers hung back, not entirely sure they believed in this “religious freedom” nonsense.

To reassure his colonists, Calvert decided to draft a piece of legislation, converting religious freedom into law. This text was named the Act of Toleration and was approved by the Maryland Assembly in 1649. This innovative piece of legislation included some of the first attempts to curtail hate speech, and would in the fullness of time serve as a blueprint for some of the wording in the First Amendment of the American Constitution – but that was yet in the future.

The English Civil War impacted the colonies as well, and Calvert lost control of his precious colony in the early 1650’s. One of the first things the representatives of the Commonwealth did was to repudiate the Act of Toleration in 1654, and the Puritan settlers took this as an invitation to attack their Catholic neighbours, submerging Maryland in religious violence.
Fortunately, Calvert very quickly regained control over his colony, and in 1658 the Act was passed yet again. This time, the Act of Toleration would remain in place until 1692, when in the aftermath of the Glorious Revolution such fripperies as religious freedoms were firmly swept aside, forbidding Catholicism. Not, I fear, a development that made Lord Calvert all that happy, but by then he was safely in his grave, so maybe he didn’t care.

Religion plays an important part in my series The Graham Saga. My male protagonist, Matthew Graham, is a devout Presbyterian, a veteran of the Commonwealth armies and a man who, initially at least, tends to see the world as black or white. Which is why I gifted him with Alex Lind, an opinionated modern woman who had the misfortune (or not) of being in the wrong place at the wrong time, thereby being dragged three centuries back in time to land concussed and badly singed at an astounded Matthew’s feet.

Upon the restoration of Charles II, Matthew finds himself in the very uncomfortable position of being persecuted for his faith and as the pressure increases he takes the decision to leave Scotland behind and find a new home for his family elsewhere. He chooses Maryland, having heard of the colony’s open approach to various faiths.

In the recently published sixth book of the series, Revenge and Retribution, the formerly peaceful cohabitation between Protestants and Catholics is already a thing of the past. The increased tensions between Protestants and Catholics in England, as exemplified by the Popish Plot are coming to a nasty head – especially as the heir to the throne, the Duke of York, is Catholic.

“But with the Duke of York openly papist, God alone knows where all this will end,” Simon Melville said, receiving nods of agreement from the assembled men. The recently failed plot against the king and his brother, the duke, had left England heaving with religious conflict – again. Matthew shifted in his chair and caught the eye of Thomas Leslie. The latter smiled weakly. Both of them had fought for the Commonwealth back in the 1640s, and neither of them wished to see the country plunged into the devastating disaster of civil war again.

“There are rumours that the king himself holds papist sympathies,” William Hancock said, “and as to his wife, well, we all know she is.”

More murmurs. Catherine of Braganza was undoubtedly Catholic, and it was very fortunate from a staunch Protestant view that she had proved incapable of giving Charles II any children. Now it was too late, she being near on forty-six, but who knew what influence she exerted over the king?

“It must be terrible to have your own son plot against you,” Matthew said, thinking that Monmouth was an ingrate. Everything he had, the royal bastard owed to his royal father, and then to conspire against him, plan the murder of him no less…
Hancock shrugged. “All that need not concern us, but the situation here is becoming strained as well.”
They all nodded. Squabbles between neighbours acquired undertones of religious fervour. Protestants of all colours ranged themselves against the few Catholics that had made it this far north of St Mary’s City, and, increasingly, the protests against Catholic Lord Baltimore grew.
“We must rid ourselves of the papists,” one man Matthew didn’t recognise said. “Force them to leave lest they stab us in the back.”
“They came here for the same reasons we did,” Thomas reprimanded, “to live in accordance with their conscience. They’ve built themselves lives and families just as we have.”
“A Test Act, that’s what we need,” the unknown speaker went on, rudely ignoring Thomas. “Have them swear an oath by which they disavow themselves of all that papist heresy.”
“Papist heresy?” Matthew laughed. “It’s us that are the heretics, at least to them. After all, the Catholic Church came first.”
“For shame, Matthew!” William Hancock looked quite severe.
“Tolerance is a virtue,” Matthew said.
William shook his head. “Not always, not when it puts our faith at risk.”
Matthew chose not to reply, somewhat relieved Alex wasn’t present. His dear wife would by now have been most incensed, berating them all for bigotry while reminding them that they lived in a colony that had passed an Act of Toleration, allowing for all Christian faiths to live side by side.
“What?” Matthew was brusquely returned to the ongoing discussion by Thomas’ hand on his back.
“We were saying that at present we need do nothing,” Thomas said. “It’s not as if we’ve experienced much violence – at least not from our fellow colonists.”
“Ah, are you having problems with the Indians?” William asked.
Thomas pursed his mouth. “At times, but it’s mostly theft, no more. No, it’s the others that worry me more.”
“The others?” The unknown man leaned forward.
“Renegades: bands of white men that have lost much in the previous Indian wars and now compensate themselves as they can.” Matthew regarded his hands, fisted them a couple of times. Men like the Burley brothers, men who burnt and killed and ravaged.
“Papists.” The new man nodded. “See, I told you.”
“Papists?” Matthew said. “I don’t know about that, but it seems to me they’re not much concerned with religion anyway.”

All of Anna’s books are available on Amazon US and Amazon UK
For more information about Anna Belfrage and her books, visit her website!
For a somewhat more visual presentation of The Graham Saga,