In my new book, A RATIONAL ATTACHMENT, the heroine’s father is an extremely wealthy man whose family made their money in trade, banking and business.  A well-educated and cultured man, he is unashamed of his family background or the fact that he still engages in the work he enjoys.  He becomes interested and involved in a new venture involving a new potential trade post in the east, Singapura.

The British needed a port in the east, in or near the straits of Malacca, to have a place where trade ships could put in and be resupplied, the Navy could have a presence to protect British ships from piracy and from harassment by the Dutch, and where trade could be done.   The British also did not want to stress their relationship with the Dutch, already established in the area. The waters off Malacca, in Malaysia, where the British were already established, were too shallow.  Sir Thomas Stamford Bingley Raffles, lieutenant governor of a British colony in Bencoolen in Sumatra, led a party to search the area for an appropriate location.  His party landed in Singapura in January of 1819.   The British established a trading outpost in Singapura (now known as Singapore), where there was a deep water harbor. 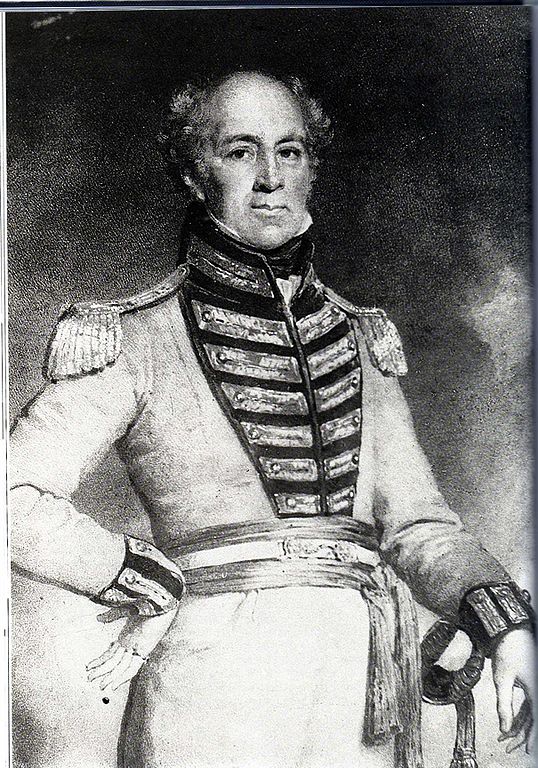 There was no conquest.  A treaty was signed February 6, 1819 by Stir Thomas, Temenggong Abdu’r Rahman (“Temenggong” is an ancient Malaysian title), and Sultan Hussein Shah of Johor (Johor was on the Malaysian peninsula and was considered the ruler of Singaura), allowing the British East India Company to establish a trading post in Singapura, in exchange for yearly payments to the Temenggong and the Shah.  Sir Thomas left the next day, leaving then-Major William Farquhar as Resident and Commandant of the newly established post with instructions for the development of the site.  In spite of these instructions, communications with Sir Thomas were so poor that Singapura developed independently.  The colony grew rapidly, and trade with China, India, Arabs and others amounting to 400,000 Spanish dollars passed through it in its first year.  By 1821, trade had grown to over 8 million Spanish dollars.

It is easy to see why a successful business man would be interested in such an opportunity!

Facts and Details.  “The Early History of Singapore”. here

Wikimedia Commons shows Joachim Ottens’ two part c. 1710 map of the Kingdom of Siam and its tributaries, including Malaysia and Singapore here

A RATIONAL ATTACHMENT by Lauren Gilbert is currently in production.  Watch for it!