Once again, I am privileged to welcome author Grace Elliot to my blog. She is launching her new book, The Ringmaster’s Daughter with a fantastic blog tour. Take it away, Grace! 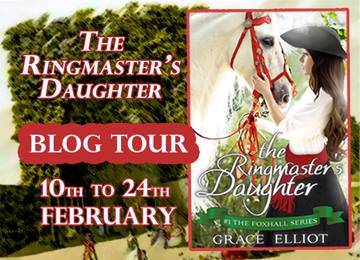 Shop to Live, or Live to Shop?

I love history, especially the 18th century and the more I learn about the Georgians, the more it appears they oversaw the birth of many things familiar to us today. Take shopping as an example.
Before the 1700’s most trade was done direct, straight from producer to customer. If you needed a chicken, you went to a farmer to buy one and if the farmer produced surplus stock, then he took those chickens to market. Likewise craftsmen produced to order and had no need of shop premises because customers approached them directly. People shopped out of necessity, rather than for leisure – perhaps with the except ion travelling pedlars hawking more unusual goods such as tea, tobacco, spices and ribbons.
But in the 18th century London expanded at a tremendous rate. Money was poured into building grand terraces, opulent squares and imposing town houses –all of which needed fixtures, fittings and furnishings. A demand for merchandise was born that distanced the consumer from producer. Canny merchants spotted the opportunity to buy good and supply them to towns and cities – the demand for goods as luxuries, rather than necessity had started.
These shops were often open from 8am to 11pm and as more shops opened so competition for custom grew and window displays became important to entice the shopper inside. Bow fronted windows gave a larger stage on which to showcase goods.
But this fledgling consumer society was not without disadvantages for the shopkeeper. The majority of goods did not have a fixed price and could be bargained over (a hark back to haggling in the market) and it was considered ‘odd’ to marks items with a price tag and not haggle. When a purchase was made, it was usual to put goods on account, rather than pay up front. Often a customer ran up an account for a year before settling what he owed – and if he didn’t feel like paying in full, there was little a shopkeeper could do about it.
As the century deepened, so shopping became an entertainment in itself, with people idling away the hours at different shops but with no intention of making a purchase:
“I have heard, that some Ladies, and those too persons of good note, have taken their coaches and spent a whole afternoon in Ludgate Street, or Covent Garden, only to divert themselves in going from one mercer’s shop to another, to look upon their fine silks, and to rattle and banter the shopkeepers, having not so much the least occasion, much less the intention, to buy anything; nay, not so much as carry any money out with them to buy anything if they fancied it.”
Daniel Defoe – The Complete Tradesman
Indeed, shopkeepers were expected not only to put up with having their time wasted, but to be cheerful about it!
“[The shopkeeper] must never be angry, not so much as seen to be so, if a customer tumbles him £100 worth of goods and scarce bid for anything”
Daniel Defoe – The Complete Tradesman
So you see, in the 18th century people stopped shopping to live, and lived to shop! It was also a time when people with spare income spent it on entertainments such as the theatre or visiting a pleasure garden. My latest historical romance, The Ringmaster’s Daughter, is set in the Foxhall Pleasure Gardens, which are the Georgian equivalent of an amusement park, and one of the places created to take advantage of the new phenomena of consumerism.

Author Bio.
Grace Elliot leads a double life as a veterinarian by day and author of historical romance by night. Grace lives near London and is housekeeping staff to five cats, two teenage sons, one husband and a bearded dragon.
Grace believes that everyone needs romance in their lives as an antidote to the modern world. The Ringmaster’s Daughter is Grace’s fifth novel, and the first in a new series of Georgian romances.

1770’s London
The ringmaster’s daughter, Henrietta Hart, was born and raised around the stables of Foxhall Gardens. Now her father is gravely ill, and their livelihood in danger. The Harts’ only hope is to convince Foxhall’s new manager, Mr Wolfson, to let Hetty wield the ringmaster’s whip. Hetty finds herself drawn to the arrogant Wolfson but, despite their mutual attraction, he gives her an ultimatum: entertain as never before – or leave Foxhall.

When the winsome Hetty defies society and performs in breeches, Wolfson’s stony heart is in danger. Loath as he is to admit it, Hetty has a way with horses…and men. Her audacity and determination awaken emotions long since suppressed.

But Hetty’s success in the ring threatens her future when she attracts the eye of the lascivious Lord Fordyce. The duke is determined, by fair means or foul, to possess Hetty as his mistress – and, as Wolfson’s feelings for Henrietta grow, disaster looms. 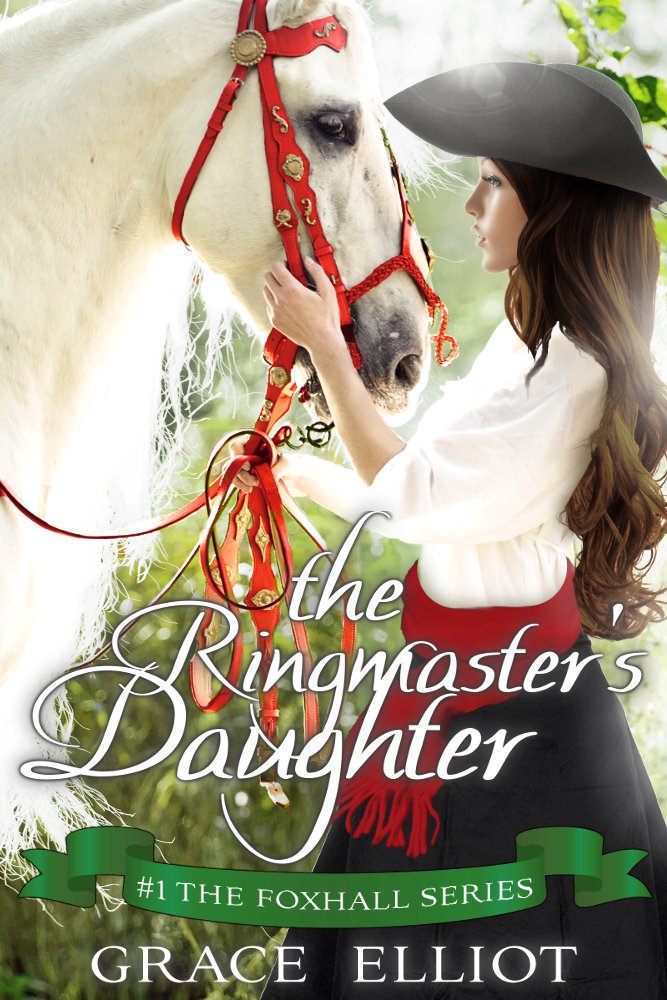 2 Replies to “Guest Post: Shop to Live, or Live to Shop? by Grace Elliot”