Author Laura Purcell has just released a new novel, The Queen of Bedlam, about Queen Charlotte who was the wife of King George III. She is on tour for this release from June 9 through July 15th, and we are fortunate to have her stop by. Today Laura has written a wonderful post introducing the six daughters of George III.

George III and Queen Charlotte had a remarkable fifteen children, thirteen of which made it to adulthood. They were unusual amongst monarchs in being particularly keen to have daughters. Once they had provided an heir and two spares, they were heard to say they hoped they would have no more sons! Similarly, when George III’s first grandchild was born, he rejoiced to hear it was a girl.

Nice as it was to be appreciated, George’s six daughters later had reason to find his love suffocating. His fondness for them, along with natural fatherly anxiety, made him reluctant to arrange marriages. Fear of parting with his daughters became more pronounced as George III began to suffer from mental instability; it seemed the princesses would never find freedom. In consequence, the girls humorously referred to their home as The Nunnery.
Here is a short introduction to the six princesses and their remarkable lives. 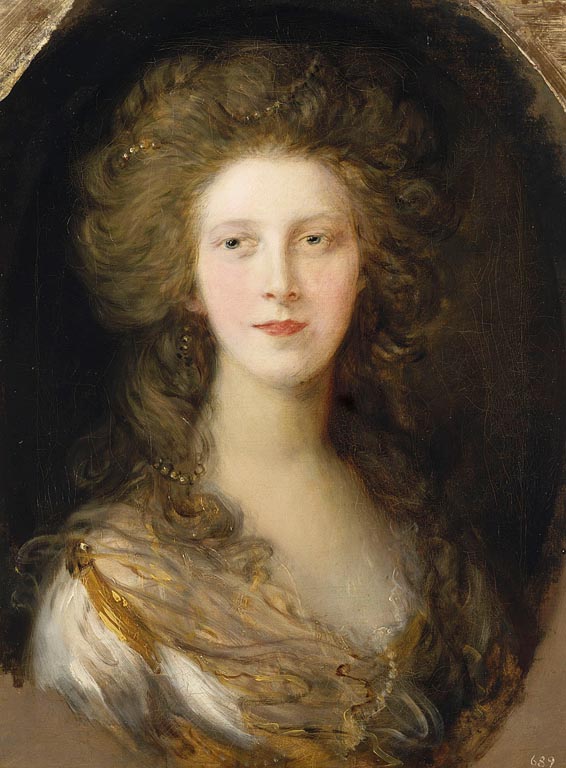 Charlotte Augusta Matilda was the eldest Princess, known amongst the family as “Royal”. She was a talented artist but a poor dancer and hated music. It is also rumoured that she dressed very badly.
Beloved by her father, who she greatly resembled, Royal often clashed with her mother Queen Charlotte and had a reputation as a “tale-bearer” amongst her sisters.
Shy, stuttering and often clumsy, Royal was nonetheless a determined woman. She was the only one of George III’s daughters to marry before the age of 40 and with his consent. Her husband was the only one to be found – the famously fat Frederick of Wurttemberg. Despite the shifting fortunes of the Napoleonic wars and rumours of domestic abuse, Royal lived a happy life in Wurttemberg. She remained there with her step children after her husband died. 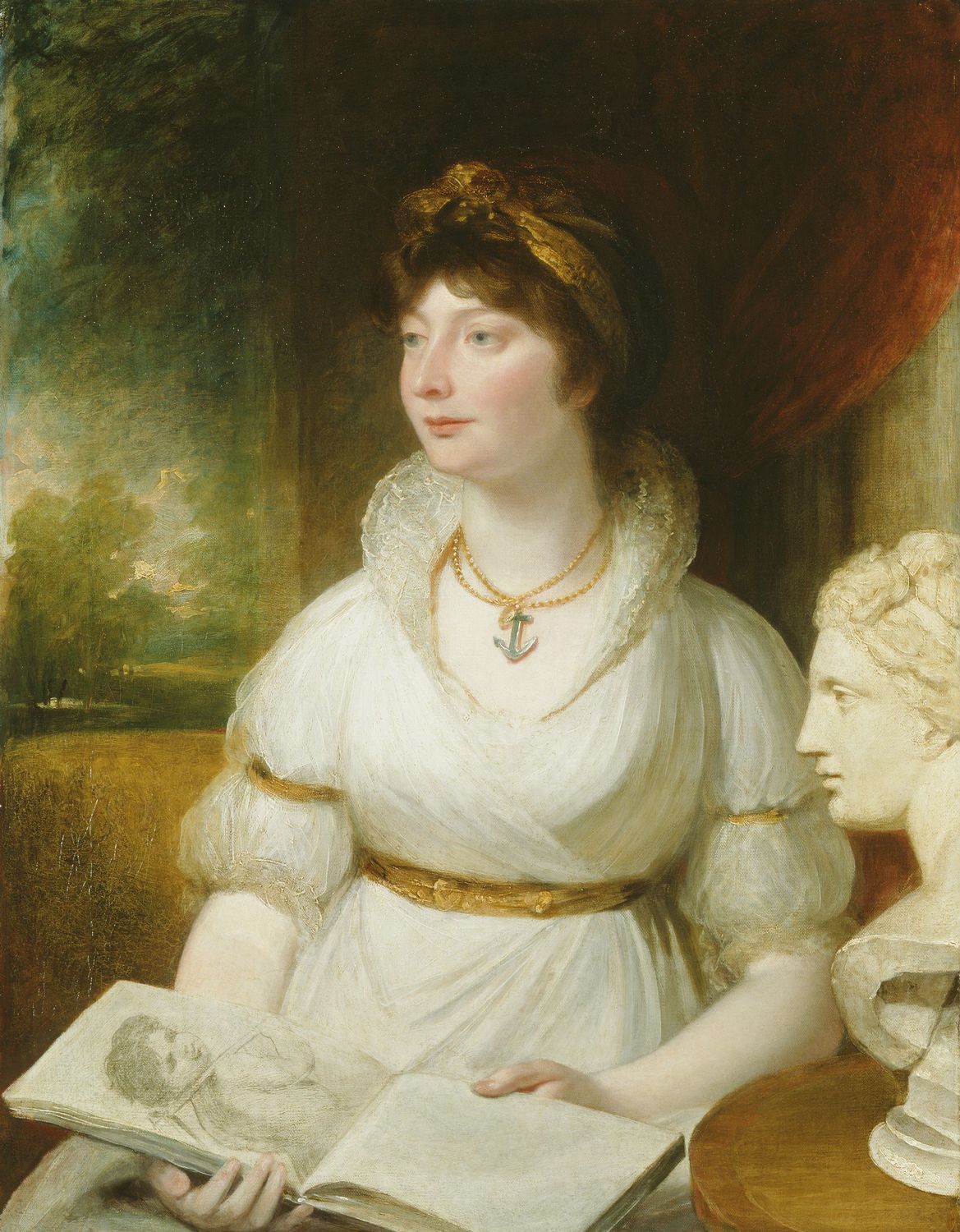 Augusta was the second of the six Princesses and the most popular. Her easy-going, unaffected nature endeared her even to people who disliked the royal family.
Augusta was a beauty but not vain, letting hairdressers and wardrobe women do whatever they liked with her appearance. She was good-humoured, kind and extremely patriotic. Sometimes, she went a little overboard in her fervour. During the Napoleonic wars, Augusta unleashed her wit upon the French in letters to her family, and was even scolded by her father once for not respecting the death of enemy troops.
Her sisters often teased her about her “military rage” and it is suspected she secretly married a solider, Sir Brent Spencer. 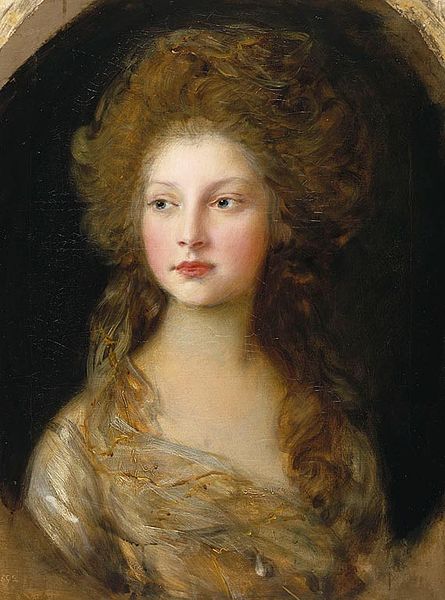 A talented artist, Elizabeth illustrated several poems and decorated the inside of Queen Charlotte’s cottage at Kew. The third of six sisters, she was Queen Charlotte’s favourite and close companion. She often struggled with her weight and was known to her younger sisters as “Fatima”. She frequently got in trouble for her blunt honesty.
Elizabeth finally achieved her aim of marriage at the age of 48 but sadly never had the chance to bear the children she dreamed of. Her husband was a large man with mustachios who smelt of tobacco. The match was much mocked in the press but Elizabeth was devoted to her mate.

Mary, the fourth daughter, was the great beauty of the family. She was fascinated in the world outside the palaces and subsequently became a great gossip. Despite adoring clothes and fashion of every kind, she was not a shallow woman – she devotedly nursed her sister Amelia through her last illness to the detriment of her own health.
Mary finally married her cousin William in her forties – it was whispered he had proposed to her no less than twenty times over the years. This was the Duke of Gloucester, known in the press as “Silly Billy”.
While the marriage was not precisely happy, Mary made the best of it. She took frequent opportunities to escape from the marital home and visit her brother the Prince Regent, to whom she was devoted. 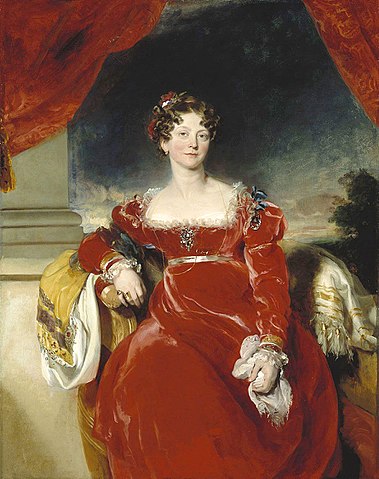 “Little Sophy” was the darling of the attendants and a very caring woman. As a young girl she reportedly gave all her pocket money to help poor prisoners. Her chief hobbies were sewing and reading, though she was also an accomplished equestrian.
Sophia was, perhaps, overly sensitive and often made ill by sudden shocks. Her health, never good, became terrible in later life, robbing her of sight and nearly all hearing. She bore this, as everything else, with sharp wit and good humoured forbearance.
It is rumoured Sophia gave birth to an illegitimate child by her father’s equerry, Thomas Garth, and there is strong evidence to support this. However, scandal mongers at the time maintained Tommy was incestuously fathered by Sophia’s brother, Ernest.

The youngest sister and child, Amelia was “the little idol” of the family. Her father adored her and many historians blame her early death in 1810 for the final loss of George III’s mind. Spoilt as a child, Amelia grew up into a spirited and almost feisty Princess, defying her mother to keep up a love affair with her beloved Charles Fitzroy. She is recorded as being old-fashioned in dress and untidy with her inkstand. Sadly, she died at the age of 27 after a long, agonising illness, which she bore with great fortitude.

(All images from Wikimedia Commons.)

4 Replies to “The Queen of Bedlam Tour: Guest Post by Laura Purcell”