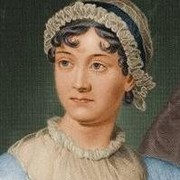 Letter 29 (p. 69) Reference to a threatened act of Parliament as not an issue of concern: per Ms. LeFaye, this referred possibly to measures in regard to alleviating the distress of the winter of 1800-1801 (one such measure involved fixing the price of wheat, which was vigorously opposed.)
Letter 61 (p. 154) Reference to politics (electioneering, canvassing)-Jane reported that, although offered the opportunity to run unopposed, Mr. Thistlewaite declined to run due to previous electioneering costs.
Letter 72 (p. 186) Reference to Weald of Kent-Canal Bill-Jane congratulates Edward because she read that the bill was delayed. “There is always something to be hoped from Delay – .”
Letter 79 (p. 202) Jane asked Cassandra if she could find out if “Northamptonshire is a Country of Hedgerows….” – this is a reference to enclosure (common lands being acquired and enclosed, usually for sheep, which affected not only the livelihood of others no longer able to access this land for open field farming or shared grazing, but also affected tithing (land in lieu of yearly tithes). [Enclosure was bad if for superficial reasons, such as improving a view; good if it will increase profit or efficiency, per Celia Eston’s article in PERSUASIONS.]
Letter 96 (p. 252) Reference to Napoleonic War –Jane’s letter referred to speeches in parliament: 11/4/1814: Marquis Wellesley, in the words of Mr. Pitt, indicated that England saved herself and others; 11/8/1814: The House of Lords thanks to Marquis Wellesley for skill and ability in action subsequent to battle of Vittoria (this reflected the Tory desire to win the war); see also remarks about Lady B (Brooks or Bridges?).
Letter 106 (p. 273-274) Reference to the War of 1812 – Jane discussed Henry’s opinion that England would not defeat America, but that England was a nation improving in religion, which Americans don’t possess (Jane’s view). (This reflects Tory conservative religious views.)